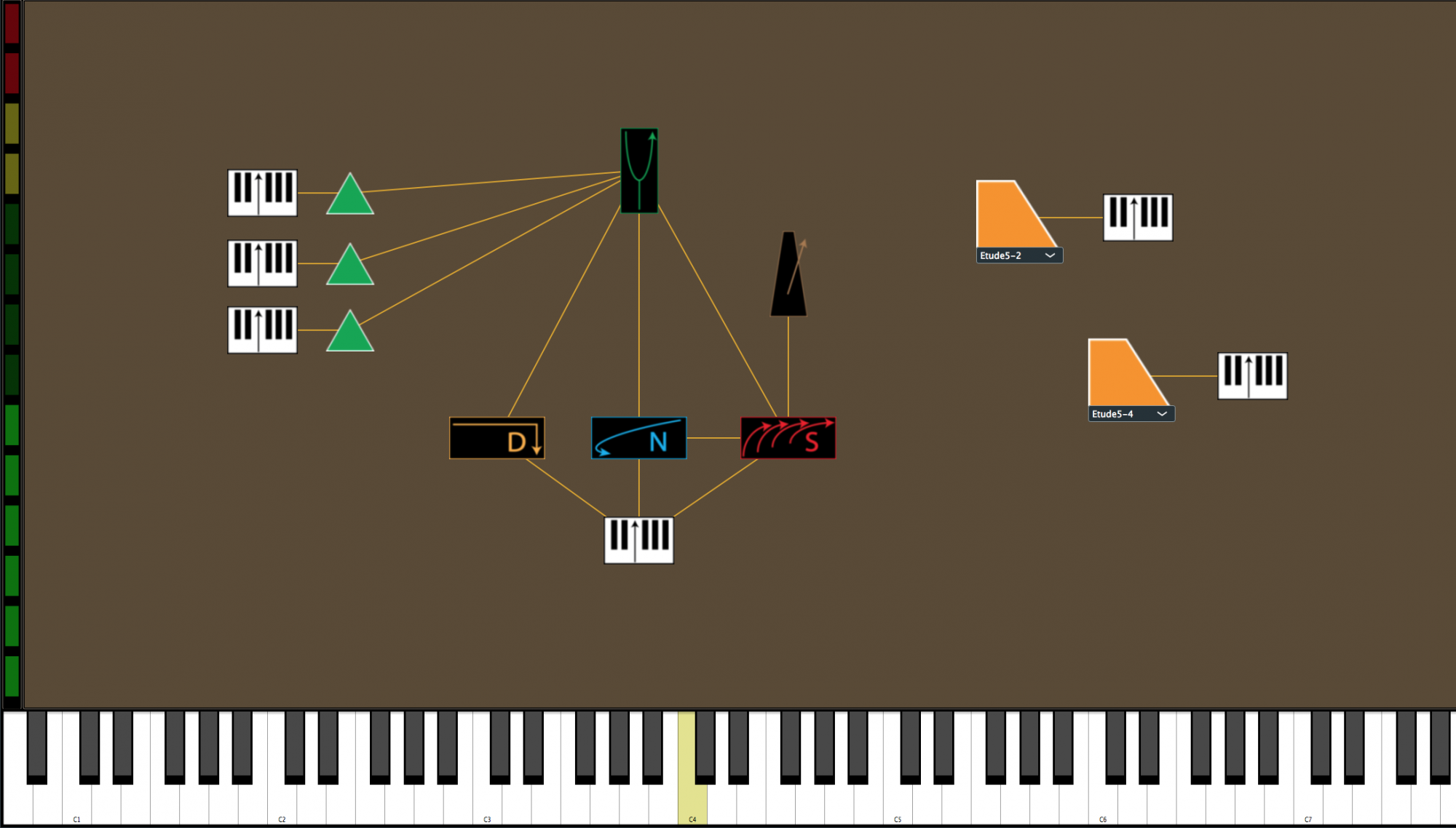 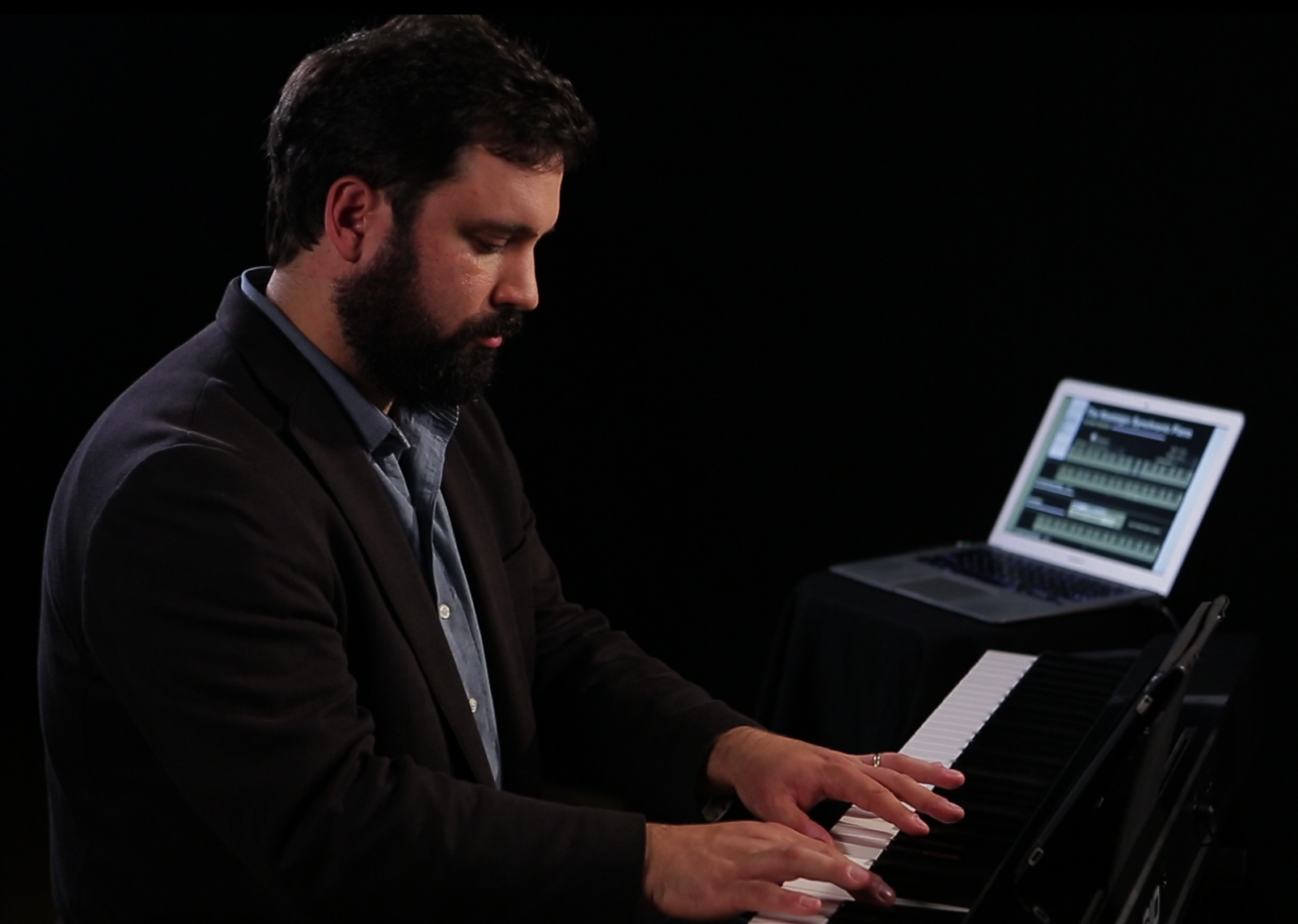 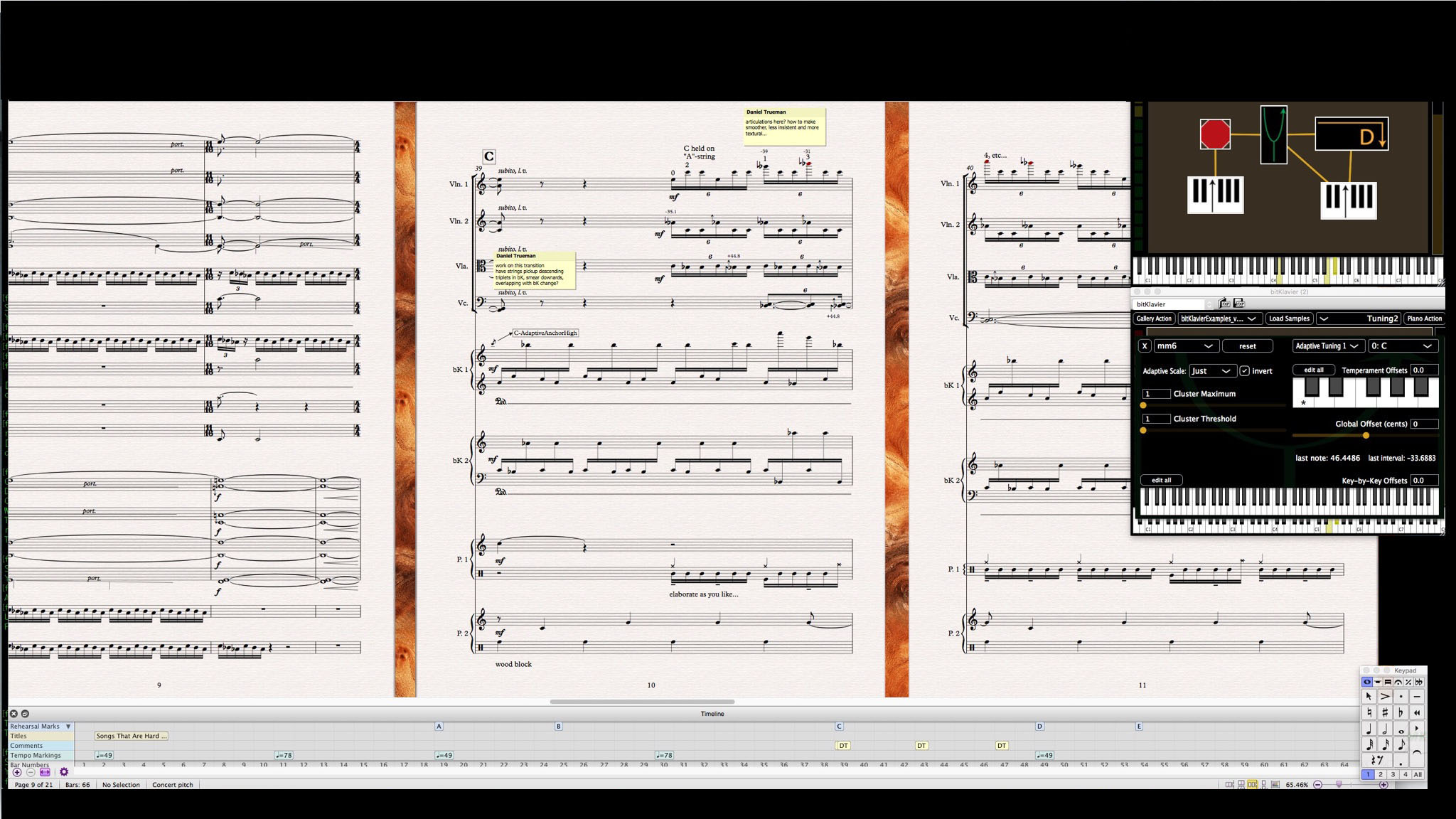 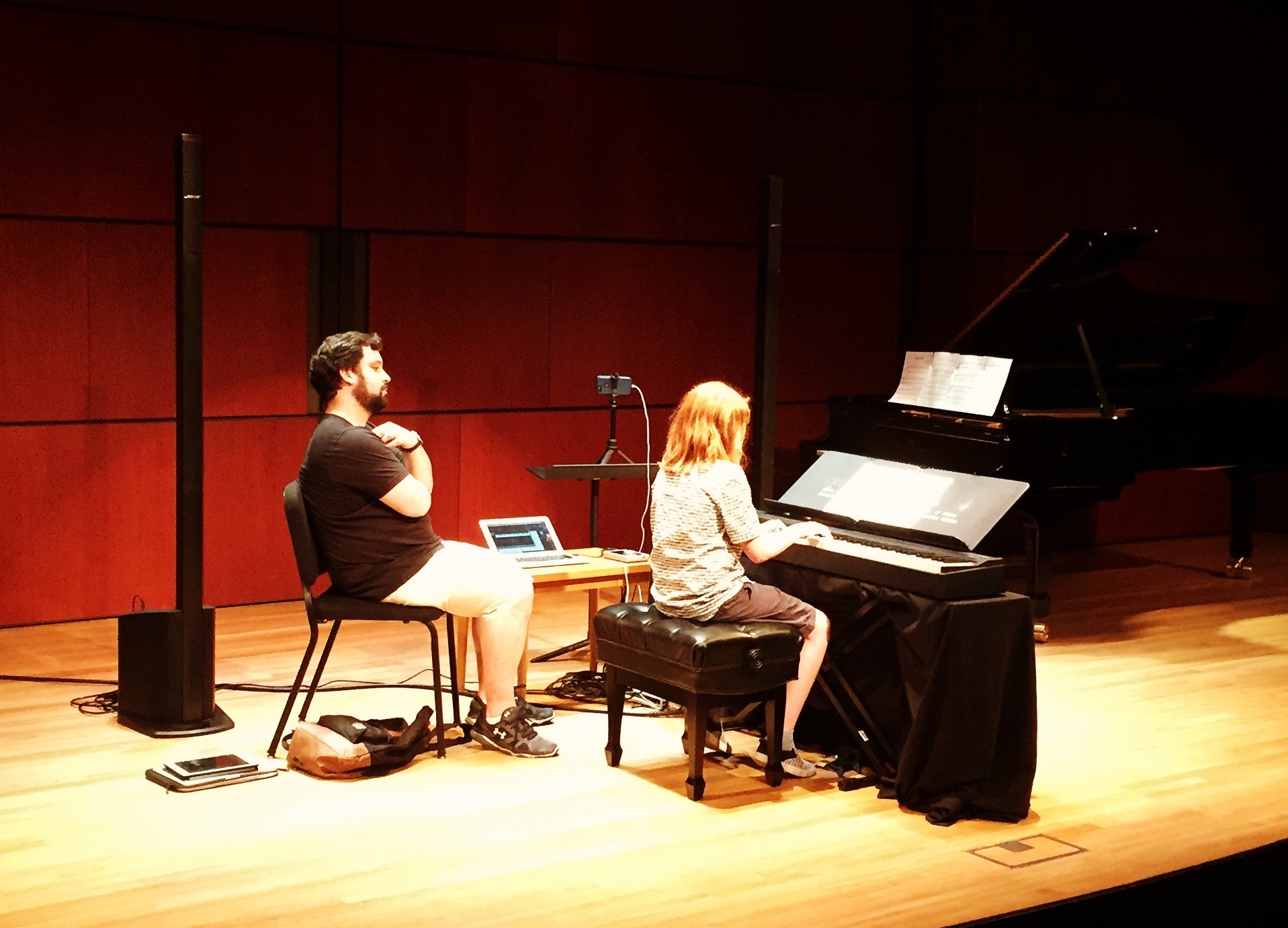 “who says piano keys have to be just black and white?”
— Maggie Malloy, Second Inversion

Like the prepared piano, bitKlavier—the prepared digital piano—feels just like a piano under the hands and often sounds like one, but it is full of surprises; instead of bolts and screws stuck between the piano strings, virtual machines of various sorts adorn the virtual strings of the digital piano, transforming it into an instrument that pushes back, sometimes like a metronome, other times like a recording played backwards. The virtual strings also tighten and loosen on the fly, dynamically tuning in response to what is played.

bitKlavier is a new kind of digital musical instrument, a novel assemblage of the familiar MIDI keyboard with bespoke interactive software. Inspired by John Cage’s prepared piano, bitKlavier both leverages and subverts the pianist’s hard-earned embodied training, while also inviting an extended configuration stage that “prepares” the instrument to behave in composition-specific, idiosyncratic ways. Through its flexible though constrained design, bitKlavier aims to inspire a playful approach to instrument building, composition, and performance.

An open-source project developed by Dan Trueman, Mike Mulshine, and Matt Wang at Princeton University, bitKlavier has been used by dozens of performers—from young students to renowned professionals—in a range of compositions by Trueman and others. An online course—Reinventing the Piano—presented by Kadenze makes extensive use of bitKlavier to teach about the history and ongoing development of the piano.

Check out an early FAQ about the instrument. Two articles about bitKlavier will be published in the Computer Music Journal in 2020; more soon on those.

Development of bitKlavier has been sponsored by the American Council of Learned Societies, the New Jersey State Council on the Arts, and Princeton University’s Center for Digital Humanities, Council on Science and Technology, Council of the Humanities, and Department of Music.